Sitting a mere 12 miles south of the Loop is the Beverly neighborhood. It is one of the few areas in the City of Chicago that features a hilly terrain. This geography is due to its location in the middle of the geological formation known as the Blue Island Ridge. Beverly, along with Morgan Park, was initially known as North Blue Island due to its proximity to the village of Blue Island, settled in 1836 a few miles to the south.

You would not know this was an urban area once you strolled around the neighborhood. Beverly boasts many quaint shops which give it a highly sought after small town feel. Nearly every home in Beverly is near a green park or a playlot. There is plenty outdoor activity to enjoy. For instance; you can hike or bike ride along Major Taylor Trail which is a very popular activity for this fabulous neighborhood. In addition; this community including Morgan Park is also home of the South Side Irish Parade, which is held every year on the Sunday before St. Patrick’s Day. Its the largest neighborhood parade of any type in the country

Beverly is famous for its architecture which features Victorian, Tudor, Bungalows, Four Square and Prairie Style homes most notably designed by Frank Lloyd Wright.  Beverly also features designs by George W. Maher, Walter Burley Griffin & Howard Van Doren Shaw. This neighborhood even has its very own castle! Developer Robert G. Givens’s home at 10244 S Longwood Drive was named “The Castle” and has since been seen as a symbol of the Beverly neighborhood. It has been the home of the Beverly Unitarian Church since 1942. The Ridge Historical Society makes sure that Beverly Hills/Morgan Park history is preserved with programs and historical research including architectural/home histories and providing local exhibits/tours.

In conclusion; if you are intrigued by this neighborhood and want to learn more about making your home in this community contact us! 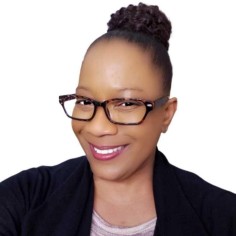